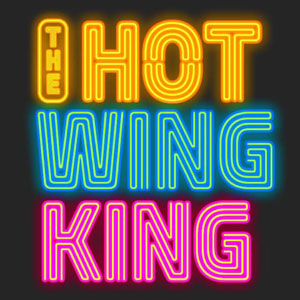 Average Rating based on 8 reviews

"...At "The Hot Wing King," prepare to do some hanging out. But not because urgent themes are lacking in this Pulitzer Prize-winning work by Katori Hall, now at Studio Theatre. The funny, moving tale of Black gay friends and lovers navigating responsibility and guilt - all while prepping for a hot wing festival - touches on pressing issues such as mental health as well as on the intricacies of Cajun marinade. That's on top of its exuberant comedy involving, for instance, ways to ruin Cajun marinade."

"...A play is definitely onto something when you can feel the entire audience physically react in accordance to the circumstances depicted onstage. Those are the moments, when the whole audience senses together, that nothing lives like live theater. Director Steve H. Broadnax and his tight ensemble command that level of engagement throughout a lively, laugh-filled first act."

"...The feelings and attachments of men, whether gay or straight, as they fight for self-respect and survival in a harsh world are portrayed in playwright Katori Hall's Pulitzer-Prize winning play The Hot Wing King. The compromises, commitments, camaraderie, and fractious relationships of a non-traditional family are explored with immediacy and sophisticated insight by Ms. Hall. Like all superbly written plays, one is continually taken by surprise as the play develops and nothing is as expected. The writing here is on the caliber of playwrights Annie Baker or August Wilson."

"...So factor in this disclosure in to my earnest recommendation of Studio Theatre's The Hot Wing King, a deeply nourishing play "about" chicken wings only insofar as they're the McGuffin that drives the makeshift family at the show's center-a half-dozen Black men, four of them queer-to spend an eventful 24 hours cooped up in a house together. The piece's true subjects are masculinity, self-acceptance, forgiveness, and the families we choose. But talking about those things, especially for men unhelpfully conditioned to view introspection as weakness, can be hard. Yammering on about yams-or wings-is easy-peasy."

"...In DC we have the privilege of having playwright Alan Sharpe regularly turning out plays about the lives of Black LGBTQ+ people (and how they are embedded in the larger Black community). But until his plays begin to receive wider attention, productions of stories about this demographic will probably continue to lack a certain awareness. Thank goodness, therefore, for The Hot Wing King, a play about Black men in which whiteness is not the unmentioned yet underlying cultural center."

"...In the kitchen, laughs and ribbing ensue. Its after the frivolity culminates with a Boys in the Band-esque dance line that the play really comes to life. As the group breaks off into pairs in other rooms and on the driveway basketball court, vulnerabilities and tensions come to the fore. The playwright and director give each man his moment, and the talented cast runs with it."

"...Its time for the annual Memphis Hot Wings Festival, and this year a team of queer Black menNew Wing Orderis going to win it all. But as friends and family reunite to prep hundreds of chicken wings the night before the competition, tensions are simmering. 2021 Pulitzer Prize-winner, The Hot Wing King by Katori Hall, explores masculinity, black fatherhood, and queer love with a premise any wing-lover will appreciate. Presented by Studio Theatre, The Hot Wing King takes a while to find its rhythm, but is ultimately heartfelt and timely."

"...Dont mistake Halls staging of this story for fantastical queer wish-fulfillment though. Following in Moonlights footsteps, The Hot Wing King is an incisive, hilarious, and heartfelt story about found family thats deeply honest about the struggles queer Black men must face in the American South."