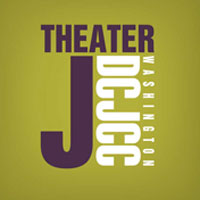 "...Playwright Hannah Moscovitch, drawing from her grandparents' real-life story, and songwriters Ben Caplan and Christian Barry have deftly calibrated the mix of cheer and grimness, crafting a chiaroscuro that is life-affirming but rarely sentimental. Most appealingly, "Old Stock," directed by Barry, manages to stay bracingly quirky while feeling timely and resonant, reflecting the world's refugee crisis and headline-making xenophobia, bigotry and violence."

"...This season's opening production, Old Stock: A Refugee Love Story, is based on playwright Hannah Moscovitch's paternal family's journey from Romania to Canada in 1908, and the new life they built in their new land. Following Chaim, a young man who lost his family in the Pogroms, and Chaya, a young woman who lost her husband during her family's escape from Romania to Russia, Old Stock traces their stories as refugees and as a young couple, navigating the intricacies of finding one's place in the world and within the relationships that define us."

"...On stage, the large, bushy-bearded, Caplan is a non-stop whirlwind of what he has called bombast, energy, [and] exuberance. With a strong, sometimes gravelly, wide-ranging voice, and rapid, agile movement around the stage, Caplan delivers with equal conviction and effectiveness songs ranging from the polemically angry Plough the Shit to the quiet, tender Lullaby, a song of peace as much for parents as for children. Lullaby is a fine example of Caplans impressive skill as a lyricist: And the sun will shine in the ocean tonight, and the cool of the water makes everything right. The ocean once dreamed it could shine up above, but protecting, reflecting, the sun is enough."