Much Ado About Nothing Reviews 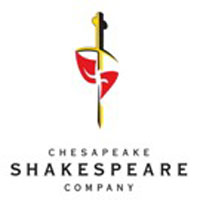 Much Ado About Nothing

"...I have a confession to make. Despite holding an advanced degree in theatre, I still at times have absolutely no idea what I'm hearing when I listen to the Bard's work. True, I can use context clues and the verse is soft on my ears, but often the poetry feels archaic and unattainable. For me, the measure of a strong production of Shakespeare is its ability to tell the story clearly even with the added language barrier. Set in the idilic ruins at PFI Historic Park in Ellicott City, Chesapeake Shakespeare Company's production of "Much Ado About Nothing" hit the nail right on the head with stellar character work, insightful directorial interventions, live music, and gut-busting hilarity."

"...Love is in the air; but some may need a little meddling, I mean help, from their friends to realize it. As for the audience, it is easy to feel the love in Chesapeake Shakespeare Companys Much Ado About Nothing. Playing under the open sky and in the ruins at the PFI Historic Park in Ellicott City now through July 24th, CSCs rendition of Much Ado will show you why this piece is considered to be one of Shakespeares most beloved comedies."