Memoirs of a Forgotten Man Reviews 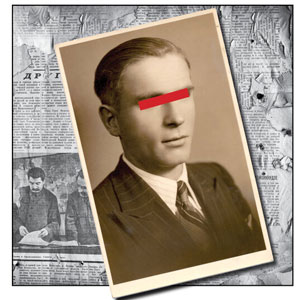 Memoirs of a Forgotten Man

"...Kasi Campbell directs a tightly-rehearsed ensemble, who assume multiple roles in the course of the play-and Laura Giannarelli provides multiple vivid characters, helping to fill out the tragic story of the three central characters. One minute a haggard mother, the next an officious teacher or editor (same difference), she is also able to provide us with some welcome comic relief."

"...What makes Memoirs of a Forgotten Man stand out is that this interview serves as a framing device for another story: Kreplev wants to know about the man Berezina interviewed 20 years prior-especially the parts of the narrative left out of the paper. Berezina's position might be compared to Scheherazade in the 1,001 Nights, an anthology famed for its many stories within stories. How long can she stretch out her answers to be able to return home, to her career-and with a published paper-without compromising her subject's identity or being sent to the Gulag?"

"...Theres a shock revelation that in retrospect is perhaps a bit obvious, though the final scene, a reunion 20 years in the making, does pack a significant emotional wallop. Ultimately, its a very timely play as the concept of a country going through its own sort of upheaval and looking to impose tight reins on what is taught as history is not so lost to the mists of time as we might want to think. Memoirs is a useful lesson on how history repeats, even when we attempt to repress it."