Into The Woods Reviews 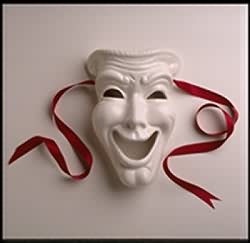 "...Like most musicals, Into the Woods is known for its large cast of characters and over-the-top sets. The biggest challenge for this production is pulling off a musical in a small space. Despite this challenge, Creative Cauldron's adaptation overcomes this daunting challenge. A stationary set, designed to be outside of the castle, along with projections and lighting creates a magical atmosphere fit for a kingdom (and even Giants)."

"...For those of us who've seen Into the Woods a fair number of times, we tend to look beyond the musical itself: We look for ways that the production defines the depth and resonance of the characters and how it interprets the impeccable music that is Sondheim. As written, Into the Woods provides us with the story and sentiment that, while not all endings are happy, "no one is alone." Creative Cauldron's production directed by Matt Connor supplied the audience with a talented cast to bring the story to life."