Fires in the Mirror Reviews 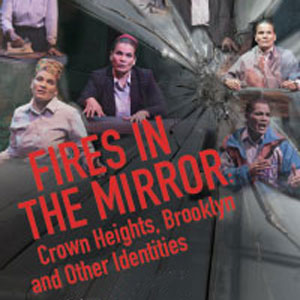 Fires in the Mirror

"...Although theres something inherently indulgent about these kinds of one-person plays, LaVoys commitment plasters over those doubts. Smith never couldve intended it this way, but this version of Fires in the Mirror reflects on the past by showing how little has changed. Whatever the works flaws, give LaVoy and Immerwahr credit for recognizing it as an eternal flame worth fueling."

"...Fires in the Mirror: Crown Heights, Brooklyn and Other Identities is an intense, but fascinating production, with a powerhouse creative team on and off the stage. It's a wonderful production in its own right, and a fitting farewell to Theater J's Artistic Director."

"...Fires in the Mirror shows members of two groups, each marginalized in its own way, deeply distrustful of and full of hostility for each other, unable to agree on facts or what they mean, not truly listening to one another or recognizing their shared humanity. Such a dynamic is not limited to 1991 Brooklyn, and Fires in the Mirror is far from simply a documentary about a half-forgotten conflict from the past century. In a country far more divided and distrusting than 30 years ago, the plays resonance is more alive than ever, a mirror of our own time worth seeing and reflecting upon."