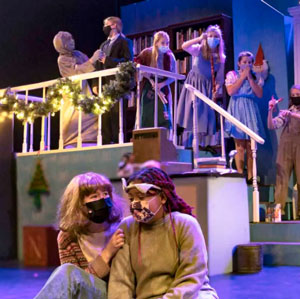 Average Rating based on 1 reviews

"...Encore Stage & Studio presents Todd Wallinger's Enchanted Bookshop Christmas, a festive prequel to his wildly popular children's play The Enchanted Bookshop. Director Susan A. Keady (assisted by Morgan Cobb) wrangles a large cast and crew made up primarily of children. It's an ambitious undertaking but one that is worthwhile and fun, resulting in a production that more than earns Encore's longstanding slogan, "Theatre by kids, for kids!""