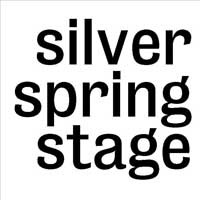 "...Closer may be more relevant to different audiences but, at times, appears a little dated. What was sexually shocking in the 1990s is not so today. Perhaps audiences have become more callous to vulgarity and complacent to sexually graphic scenes. This play does give us some new insight to those people who never seem to be happy. You will be absorbed in the entanglements of the plot, enjoy the performances, and find yourself talking about the play after it is over. It is a fine debut for Cogent Theater Collective."

"...Everything's a version of something else. Try lying for a change, it's the currency of the world. With taglines like those, one hardly expects the intimate and fascinating dissection of human relationships that one gets with Patrick Marber's Closer. Appearing now as a co-production between Cogent Theater Collective and Silver Spring Stage, Closer (a play published in 1997 and later transformed into a silver-screen feature of the same name) is produced by Diego Maramba and directed by David Dieudonne. There is something deeply unsettling and yet wildly striking about this production that keeps your mind in a heightened state of interested fervor straight through to the show's conclusion."